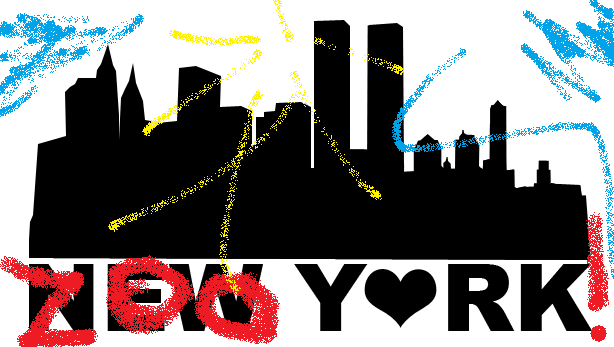 Zoo York is an idea for a game I’ve had for a while now. I haven’t found the real fleshed out rules I want to use, but the concept seems sound. Its very much influenced by a lifelong love of the Ninja Turtles.

A section for the GM to present to players.

Your character is a martial artist, brawler, or fighter who has come to New York City in the last few years. Training and living with one goal in mind: be good enough to compete in and win the prestigious 1994 WMA (World Martial Arts) tournament. After moderate success at the NYC regional tournaments, THE Denzel Bishop, has asked you to join his new team of up and comers. All you know is, he manages X-Attack, one of the most popular WMA teams around, and if you can get attached to one of his projects, you are sure to get noticed somewhere. After a couple of try-out days at his state of the art gym, you made the cut. Bishop has arranged for you, and your new team (the rest of the players), to compete in this year’s WMA NE Select. The biggest tournament in the Northeast region, and your first invitation only tournament.

I haven’t found great rules for this yet. Right now, I’m looking at the following, but would love some feedback about alternatives.

We are using the Streetfighter the Storytelling Game as the core rulebook. We will use the bulk of the system used for the most part as is.

An outline of the plot players may want to skip. It mostly sets up the actual adventuring portion of the game, but contains some probably expected twists.

On the day before the tournament, the group is hanging and chilling at NY Zoo for a day of relaxation. Bishop is there along with Pandora, his assistant. She is working through where to show up, what time, handing out registration info and planning logistical details over lunch while he is talking to someone off in the distance on his phone. As she finishes, there is a flash of neon purple light, and an ear shattering sonic boom.

The PCs wake up in the sewers, as Animoids. They realize months have gone by, and the only thing anyone is talking about is the hordes of Animoids wreaking havoc on the city. The PCs suddenly hear Bishop’s voice in their head, relieved. Bishop does the “I knew you weren’t dead, I need your help” thing. Leading them to the now quarantined zoo’s Aquatic Exhibit. They find their way to him only to discover he is an orca animoid floating in a tank. He is now able to communicate with his sonar and map the whole city, but is confined to the waters of his tank. Pandora, has retrofitted the whole area, acting as his hands. He has done some research and it looks like CRTC is behind the explosion. They were doing secret research into banned tetra-radiation which went wrong, exploding and causing waves of mutations. Police have been militarized and set to shoot on site for animoids, but the CRTC funds the police expansions and won’t investigate or stop themselves. It’s up to the PCs!

One thought on “Zoo York”